TM-ETC-AMS is an integrated control and monitoring system designed especially for the operating room environment. The system is used to create a uniform user interface based on a touch screen for the building automation system (air conditioning control) and lighting control. In addition, the system contains a multifunctional alarm center for the control of the gas alarms and insulation level monitoring devices. It is also possible to connect to the system other auxiliary functions such as clock and different timers.

The aim of the system is to aggregate the user interfaces of the different systems and devices into one entity that is clear from the user's point of view. At the same time, it is possible to stop using electromechanical devices and create a user interface that meets the high aseptic and hygienic requirements set by the operating theatre environment. When TM-ETC-AMS is connected as part of the TM-INT control board system especially designed for the operating room environment and manufactured by Telemerkki Oy, an entity is created, where the same operational philosophy aimed at durability, user-friendliness and easy maintenance is followed in all the details of the product.

The touch screen is available as 15, 17, and 19-inch TFT screen panels. In the visual and clear user interface, the data related to each controlled system are assembled into their own entities. As many as four different language versions can be used at the same time in the user interface.
The panel is mechanically watertight from the front and withstands well cleaning with disinfectants. On the other hand, the smooth surface significantly reduces the accumulation of dirt and bacteria.

Embedded x86-based control unit designed for demanding conditions and realized without fans and other movable parts. The software is realized on the basis of an object-oriented, modular and configurable control and monitoring application developed by Telemerkki Oy.

In addition to digital and analogue inputs and outputs, the I/O control unit based on a 32-bit microprocessor and equipped with multifunctional characteristics also includes a three-channel UART serial interface unit, a CAN bus driver and a LAN interface containing a built-in four-channel 10/100 ETHERNET-switch.

Please, for more detailed information download the TM-ETC-AMS datasheet below: 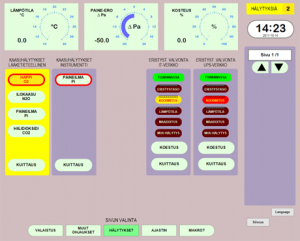 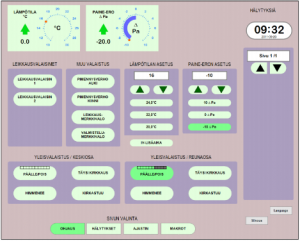 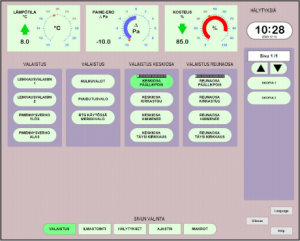